The employees of three plants located in Poland, owned by international packaging giant Amcor Limited, who are organised in the Graphical Trade Union (400 members) demonstrated today in front of Amcor Specialty Cartons Łódź, their support for ongoing pay negotiations.

Since April this year, the pay negotiations initiated by ZZP in Amcor have been underway. The demands for the increase in wages made by the trade union were supported by two thirds of all Amcor employees working in Poland, by signing the petition to the employer.

The company’s financial documents analysed by the trade unionists prove the excellent economic situation of Amcor companies. The production volumes have remained at a high level for years and every day employees’ commitment to effective performance satisfy Amcor’s clients. Unfortunately, Amcor’s successes in Poland over the years do not translate into better situation of employees.

“Just 10 years ago, the work for Amcor was a source of pride,” says Maciej Ziemecki, vice president of the Graphical Trade Union in Amcor Specialty Cartons – “the salaries were satisfactory, the working conditions were good. However, it has changed over the years. We work in a 4-brigade shift system, we use chemical substances for production, in some areas there are high temperatures, which makes the work physically and mentally exhausting.”

“More and more often we see that there are difficulties with work schedules. New employees often come to us after a few days to give up work. If the situation clearly does not improve, many qualified employees will change jobs. It disturbs us as we feel responsible for the company, that’s why we’ve organised a joint demonstration. We hope that the owner will seriously approach the problems we report. We look forward to the next meeting where we count on the participation of the Amcor representative from the headquarters in Switzerland”, Ziemecki concluded.

Amcor is one of the largest packaging producers in the world based in Australia. Globally, it employs 35,000 employees in 200 factories in 43 countries. Amcor Limited net profit for 2017 amounted to USD 614 million USD. In Poland, Amcor employs nearly 1,000 employees in two companies in Łódź and one in Złotów. This is not the first time that Amcor employees have demonstrated in search of better working conditions, to see more news on this topic, please click here.

The Graphical Trade Union organise employees in the printing and packaging sector, is a member of OPZZ confederation and the international trade union federation UNI Global Union. 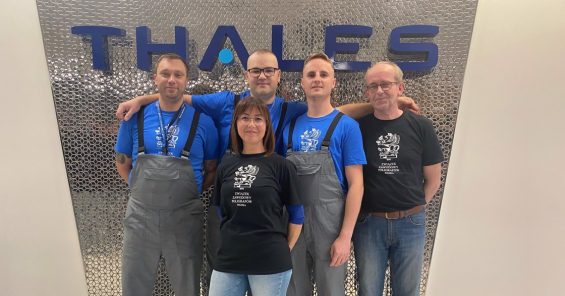