During the pandemic, post services have proven their importance and worth to the public and enabled our economies and societies to keep going. This was only made possible by the dedication and work of postal workers across Europe in different national circumstances. Many postal workers worked without protection, risking their lives to provide the universal service. Many of them were infected by Covid-19 but all of them, as a collective, kept postal services going whilst keeping the incomes of the postal operators afloat.

Despite the emergency created by the pandemic, postal operators still try to benefit from the current situation and to generate more profit by reducing services.

During the Corona crisis across Europe, politicians and decision-makers have paid little attention to post and logistics workers. They failed to recognise the difficult working conditions and increased workload that post and logistics workers experience to ensure that the people continue benefitting from the universal service and ensuring online orders reach their home address.

Postal operators use the reality of the drop in letter volume to adapt the universal service obligation (USO) downwards. At the same time, the EU Commission is yet again postponing the evaluation of the Postal Services Directive adding further confusion on how to regulate the booming e-Commerce delivery industry at national level.

In Belgium, the trade unions are looking to issue a recommendation of the Postal Services Advisory Committee to the government and the Regulator to enable a level-playing field in terms of contributions to social security. The Postal Services Advisory Committee covers the wider postal and logistics sector in Belgium. The trade unions demand that all market players contribute in a fair manner to the delivery of postal items. Postal and logistics services have helped many businesses (small and large) to continue to operate through distance selling / e-commerce.  The crisis has shown that health and employment are priorities for citizens. The trade unions demand adequate funding of social security for all market players. This refers to market players that subcontract work and do not contribute to social security like the rest of the market.

At the level of bpost (Belgium), the trade unions fear that the needed reorganisation of shifts and working time will only serve as an incremental cost-cutting measure. Shifts and work schedules need to be adapted to service a larger volume of parcels. The crisis is impacting the revenue streams of the postal operator with less income despite the hike in parcels. The postal and logistics workers deserve recognition for their efforts during this crisis.

Jean-Pierre Nyns (ACOD) and Paul Herregodts  (VSOA/SLFP) expressed regret at the lack of recognition of post and logistics workers, explaining that “in all sectors where the heroes continued working during the Covid-19 crisis, people are slowly getting a needed breath of fresh air. This is the case for all sectors, but not for bpost, where postal workers had to cope with an increased workload.”

In Portugal, postal workers and their trade unions are sounding the alarm. Amidst the pandemic, workers reported important mishandlings at CTT national post operator. Most CTT workers worked without appropriate protective equipment. Casual contracts of outsourced workers were discontinued with the excuse of strong drops in CTT income. Regular mail volumes have dropped but in contrast, the “Express-Mail” service, belonging to a CTT Group Company – CTT Expresso – grew exponentially.

On 12 June, trade unions called a strike on the public holiday. The strike by CTT workers against the payment of lunch allowance on the meal card was well followed according to the unions. This was the second strike of Correios de Portugal workers in two weeks (the previous one took place on 29 May). second-strike action was joined by calls for better working conditions, to protest against the ‘mismanagement’ of the company business units and the wage freezes, among others.

Workers do not accept the proposal to allocate a meal card as a form of payment for the food allowance, thus replacing the monthly payment through bank transfer, as has been the case for this allowance so far. The trade unions see a bold move from CTT to save costs when the workers could incur extra charges. The trade unions fear that, with this decision, there are hundreds of workers who risk receiving a net remuneration lower than the national minimum wage.

Unable to discuss the proposals with their members – the three UNI Global Union affiliates – SNTCT, SINDETELCO and SINTTAV – decided to unite and to join forces by calling for two strike actions at CTT. CTT unilaterally tried to force through the scheme by sending the cards to each person’s home “already activated”. Alarmingly, multiple workers report being regularly targeted by workplace intimidation, psychological abuse via SMS messages, threats of changing work schedules, changing delivery areas, moving workers to another post office/workplace.

José Oliveira (SNTCT) and José Arsenio (SINDETELCO) deplore the situation experienced at CTT, explaining that “the company’s management has only shown contempt for the provision of the USO leaving thousands of items of correspondence (including priority and registered mail) undelivered so that postmen and postwomen could deliver the (expensive) “Express-Mail” service. The approach of the company has been wrong all along as they refuse to engage in effective social dialogue.” The refusal to engage in talks was reported to the Government, to the regulator and to the political parties, as well as the general public by the trade unions. The trade unions await the reaction of CTT Management. Further industrial action is foreseen.

“These are two further examples of attempts to dismantle our postal services in a quest for quick profit. It is unacceptable that these situations occur when postal and logistics workers have enabled citizens and businesses to continue amidst the pandemic. Postal companies must engage in effective social dialogue and collective bargaining” said Oliver Roethig, Regional Secretary of UNI Europa.

“Amidst the pandemic and as national economies are slowly re-starting, it is urgent to re-engage in collective bargaining to adapt tomorrow’s world of work. Postal and logistics workers deserve an appreciation of their hard work. What we see unfortunately, are attempts to worsen the already difficult working conditions. It is more efficient to strengthen the provision of the postal service,” said Oliver Roethig.

“At European level and despite the urgency brought about by the pandemic, such as the drop of letter volumes and the growth of parcels, the EU Commission further postpones the revision of the Postal Services Directive. The EU Commission must not use the pandemic as an excuse to further delay the needed revision process. The pandemic has shown the urgent need to redefine and expand the universal service obligation. At national level, companies want to reduce costs with dramatic consequences for postal and logistics workers. The EU Commission needs to change rhetoric and discourage further deregulation and deterioration of working conditions.” said Dimitris Theodorakis, Director UNI Europa Post & Logistics.

UNI Post & Logistics has consistently raised the importance of a strong universal service obligation globally and on European level with our current #SaveOurPost campaign. Sign our petition to save our post!

UNI Post & Logistics will continue gathering the lessons learnt from COVID-19 and preparing its members for the period after. 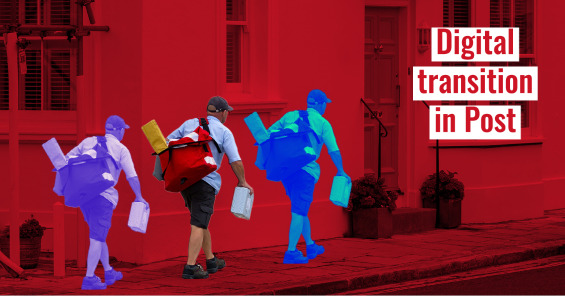 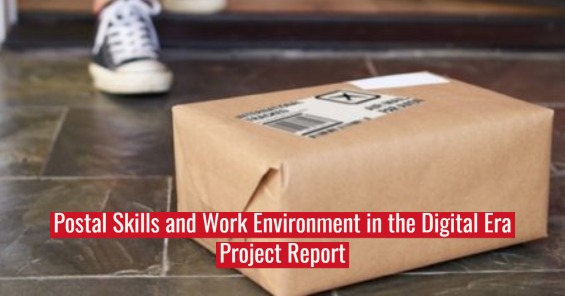