[Update: on 20 July 2021 UNI Europa received an answer from the European Commission, which is available here.]

The elected leaders of 106 workers’ unions from 29 countries have written to the European Commission President to call for governments to commit to only signing contracts with companies that respect their workers.

Public procurement accounts for €2 trillion per year or over 13% of the EU’s GDP. This money, spent by governments and public institutions for services delivered by private contractors, can play a determining role in setting standards across whole economic sectors.

“Since the Covid-19 crisis started last year, care workers, cleaners, call centre workers, logistics and postal workers, security guards and all essential workers have been risking their lives to keep our society going. At the same time, they are among the lowest paid and most precarious workers in the EU. Many of them work under public contracts. Yet, some of the companies they work for have been allowed to cut corners and drive down workers’ pay and conditions to extract ever-more wealth,” reads the letter.

Currently, the EU only requires member states to take price into consideration when awarding contracts to private companies. The result is that public money has driven some companies in key services to cut corners. This includes in areas like nursing homes, cleaning services, call centres or security, all services that have been essential to governments’ responses to the crisis. The pandemic has revealed that a focus on cost alone makes for a very precarious model, which is far from fit for purpose.

“When workers have a say over decisions at work, they use it to protect themselves as well as the communities in which they live and work. Had the people who actually delivered so many essential services had more of a say, protective equipment, safety protocols, safe staffing levels and paid sick leave for self-isolation would have been more of a priority and lives would have been saved. Our proposal to give workers a say as a condition of public procurement would change the rules of the game for a more people-centred approach,” said Oliver Roethig, Regional Secretary of UNI Europa. 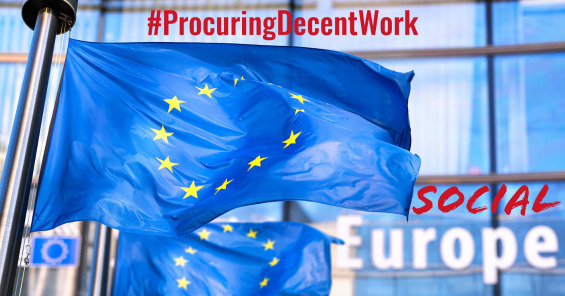 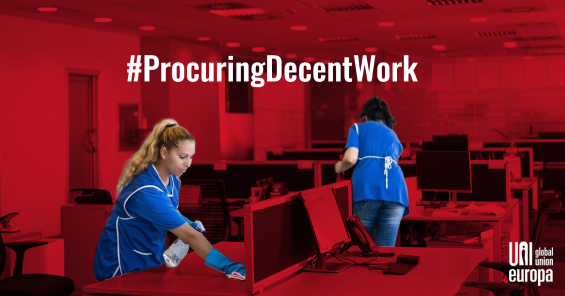