Unions are strongholds of democracy. When working people come together to have a collective say over the decisions that shape their working lives, that is democracy at work. Unions from across Europe came together to exchange on how they are upholding and strengthening democracy at the workplace and beyond. Read the conference report here.

Attempts to spread fear and stoke division by far right groups constitute attacks on democracy. Across Europe, unions are stepping up. Whether it is through encouraging diversity and equal opportunities in the workplace or bringing the conversation back to bread and butter issues facing working people, unions are thwarting far right attempts to divide and rule.

When workers claim a collective say, they gain a sense of agency and control over their lives. This is the antidote to the feelings of powerlessness that drive people towards authoritarian and those who seek to blame the weakest in society.

When workers build collective power, it is about uniting in difference, in our diversity.

Political education programmes that seek to highlight this agency through collective forms of action were highlighted as key to countering anti-democratic narratives. Bringing the conversation back to core material interests unites workers and helps people identify their collective interests. This helps explain why countries with stronger democracy at work also have stronger political democracies. Additionally, active trade union members are more likely to be active democratic citizens.

Over the past decade, far right political groups have been gaining in the polls. While they consistently vote against the interests of working people, they adopt a rhetoric of being on the side of workers and the vulnerable that has tricked more than a few. In response, the discussion addressed how workers’ unions have a key responsibility and ability to empower workers to be them lead actors for change in their lives – at work and in society as a whole.

Key to standing up to the extreme right: galvanizing workers towards a common aspiration, rooted in freedom and social justice, explained Maria Grazia Gabrielli, General Secretary of @FilcamsCgil.#DemocracyAtWork pic.twitter.com/Iw4KtIb4Wl

Union strategies towards winning the swathe of pro-worker laws, including the labour law reform, that are being won in Spain were also analysed. Lessons can be taken from the way in which unions have taken the political opportunity of a progressive government and elevated worker priorities to the top of the agenda at every turn.

To protect democracy, we must #FightInequality.@ChemaMartinez63 shared lessons learned from the progressive labour law reform in Spain. #DemocracyAtWork pic.twitter.com/xRD94I4WXE

Participants also discussed EU politics. The ongoing work within the European Trade Union Confederation (ETUC) was discussed, where national experiences are informing a Europe-wide approach. At EU level the challenge to workers’ interests raised by far right political groups is significant. The left is shrinking, the right is growing. Across the European Parliament political groups we have experienced a rise in far-right parties to a third of MEPs.

Taking the front foot: unions are getting together across Europe to draw on the movement’s numerous successful coalitions against the far right and build a united international approach.#DemocracyAtWork pic.twitter.com/7toA1i2c74

In the services sectors, unions are playing an important role in both encourage diversity and equal opportunities at the workplace as well as addressing hateful rhetoric.

We cannot rest on past advances when it comes to equality: addressing reactionary attitudes at every turn is a must.#DemocracyAtWork pic.twitter.com/A8GKCmpYka

Putting worker grievances at the centre of trade union action, with an acute focus on listening, including through social media, was highlighted as key to engaging those who show signs of turning to the far right. The need to continuously maintain an open dialogue with workers and not to ostracize anyone was highlighted.

Moving forward through collective bargaining is key to putting working people back in the driving seat and embedding the practice of democracy throughout Europe. Economic democracy and political democracy are two sides of the same coin. As the largest sector of employment, the services sector is crucial to upholding and strengthening democracy. 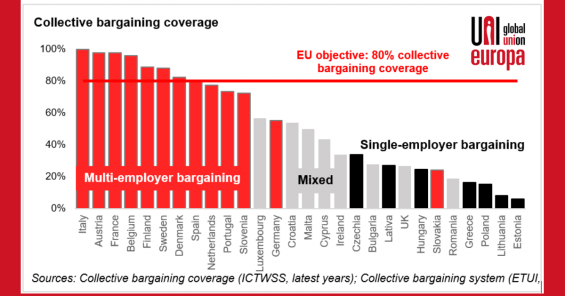 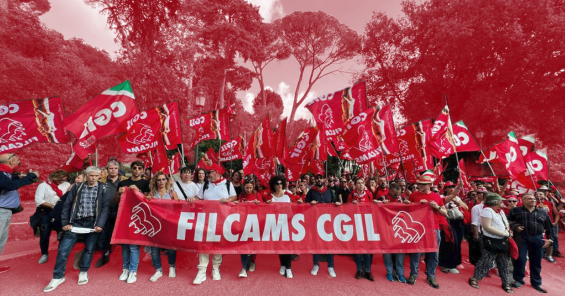