Works councils are a potential source of strength for trade unions. They are a common feature in European workplaces, particularly in Western Europe where many countries have laws requiring companies to consult bodies of elected workers on key decisions. A major challenge that UNI’s EPOC organising centre works to overcome every day is ensuring that workers are able to maximise the use of these structures to improve collective bargaining leverage. Kira-Raffaela Höfenstock from Vida, the Austrian transport and services union, provided some insight into this organising approach at a recent meeting of UNI Europa’s EPOC Network.

“Works councils are important but alone they are not enough. To build workers’ power, you need autonomous trade union structures and an organised workforce is the way to deliver for workers”, said Oliver Roethig, Regional Secretary of UNI Europa.  “The excellent work that our colleagues in Vida have done also demonstrates how there is no dichotomy between sectoral collective bargaining and company-level organising. They are mutually reinforcing. We need strong trade union groups in every workplace in Europe to strengthen our hand in sectoral collective bargaining.”

A key point of Vida’s approach has been to keep works councils on board. The case study of a nursing home corporation, with 30 different sites across Austria, illustrated how this approach was integrated from the mapping stage. Analysing the structure of the works council and of its members helped to identify ways of ensuring a mutually reinforcing approach. Reaching out to the works council members, the majority of whom are trade union members themselves, well ahead of worksite visits allowed for coordination and a joint approach commitment to tackling the issues identified by workers.

Systematic one-to-ones were also a key component of the organising approach. Identifying issues through face-to-face conversations at the workplace allowed for a strengthening of personal attachment to a common cause. Tying the discussion to the collective bargaining process also helped clarify the scope for change and deepen workers’ sense of being on the same side. Concretely, conversations were instigated by asking about the worker’s plans for what to do with the recent collective bargaining win of an extra day of leave.

“In these uncertain times, we can take nothing for granted. One thing we do know is that ensuring the rights of individuals are fully respected is only done through collective power. As such, our organising approach is all about bringing in workers to build an informed, engaged and united base. We recently established the EPOC Network and it is very encouraging to see how we are learning together from different country experiences. This will be decisive in developing an effective approach to facing increasingly dominant multinational corporations,” said Oliver Roethig.

The EPOC Network (Europe’s Power and Organising Centre) brings together unions from across Europe to organise in a coordinated and effective way by building workers’ power. Its remit is to defend, expand and (re)build collective bargaining. Online meetings of the network take place monthly. If your union is interested in getting involved in EPOC, contact Erkan Ersoy or Ben Egan for more information. 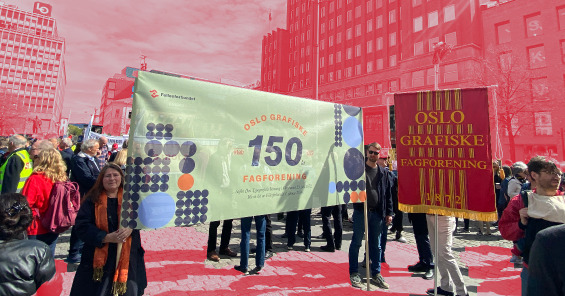 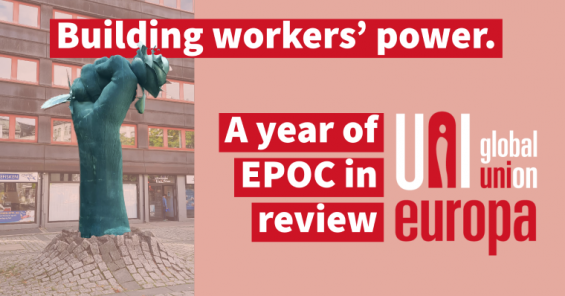 Forward Through Collective Bargaining: EPOC in 2021