A provisional political agreement on the draft directive on adequate minimum wages has been reached. Negotiators of the Council and of the European Parliament have announced the deal today, a major step towards the adoption of this EU law.

“To live up to this ambition, public authorities have a very effective tool at their disposal: public procurement. Requiring that all companies that get public contracts have collective agreements with their workers is a must. This is what UNI Europa’s ‘No public contract without collective agreement’ campaign is all about. The directive will give a boost to this endeavour,” said Oliver Roethig.

The development of collective bargaining coverage (see graph), shows that it is high time for the EU and countries taking action. Democracy at work has been under attack and the number of workers who have a say at work has dramatically decreased over the past decade. 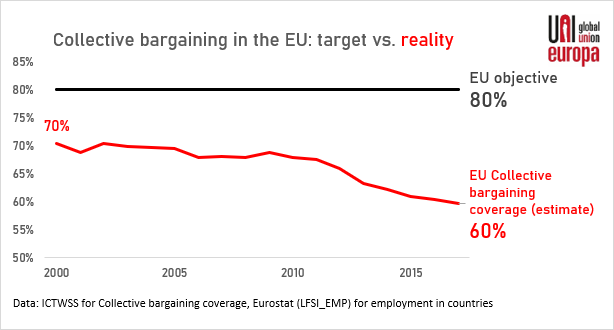 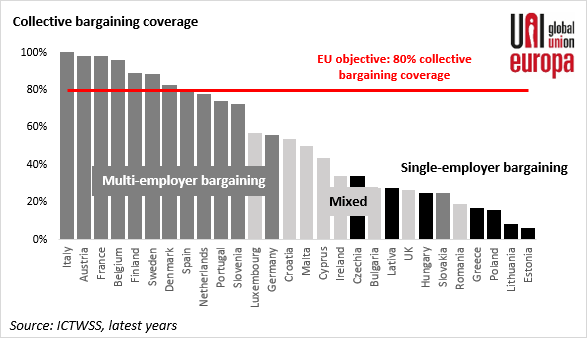 The EU’s objective for Member States to reach 80% will require a pro-worker shift in many national approaches to labour relations. Sectoral and multi-employer bargaining is a core part of those countries that are already achieving this target. When workers’ unions can collectively negotiate minimum conditions for whole sectors, it provides a mechanism to cut out corporations that seek to undercut competitors by attacking workers’ conditions.

Reports also indicate that the directive takes steps towards fixing the EU’s rules on public procurement. For over a year, UNI Europa has been pushing for corporations that exclude their workers from having a collective bargaining say to themselves be excluded from receiving public money. Momentum has been building, with over 100 MEPs endorsing union demands and people from across Europe have shown their support. Sign up to support the campaign here.

Why the EU's objective of reaching 80% collective bargaining coverage in each member states is good news for working people.#DemocracyAtWork pic.twitter.com/8BtHRSds5a 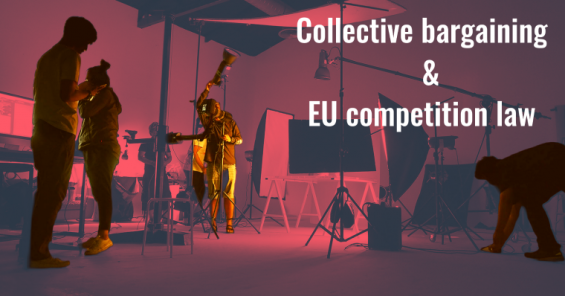 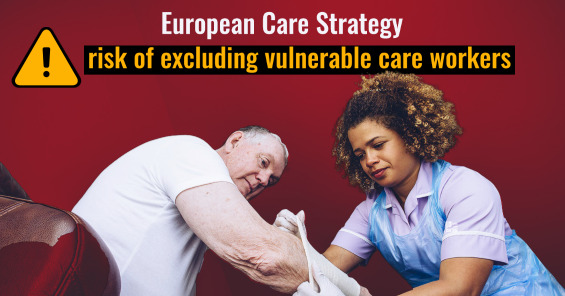